Made with love by Trolley Web

By now, all of our dedicated clients are aware of Dr Coogan’s expansion of Kentmere Veterinary Hospital to a 3-doctor practice with the the addition of his two associates, Dr. Anne Ireland and Dr. Stephanie Snyder. As 2022 comes to a close, we’re happy to announce that Dr. Coogan will transfer ownership and business operations to Dr. Ireland. This change will allow Dr Coogan to continue to work full time at Kentmere with a greater focus on providing veterinary care and services and to maintain the client relationships he so values.

As new owner, Dr. Ireland is committed to preserving the community presence of Kentmere Veterinary Hospital that began when Dr. Coogan established the practice more than thirty-five years ago. She is anxious to see continued practice growth, to offer new services and to maintain Kentmere’s high standards and personalized care.

Dr. Snyder plans to continue to be part of the three doctor team. With a long-term, dedicated support staff, Kentmere Veterinary Hospital will continue to serve you and your pets in 2023 and for many years to come.

Kentmere Veterinary Hospital is a small, privately owned, general medicine practice located in Wilmington, DE. Our goal is to provide personalized and compassionate care for each and every one of our patients. As a small, 3 - doctor practice, we strive to maintain a sense of community for our clients with an individualized approach to keeping your special companions happy & healthy.

KVH is a proud sponsor of 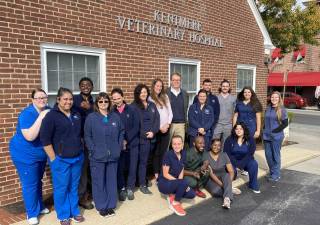 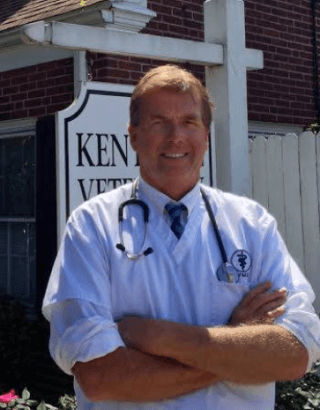 Dr. Kevin P. Coogan, a native Delawarean, has established a strong presence in the Wilmington area throughout his many years of practice in small animal medicine & surgery. As a second generation veterinarian, Dr. Coogan's childhood home was attached to Suburban Animal Hospital on the Kirkwood Highway where he assisted his father, Dr. Arthur P. Coogan, while growing up. After receiving his undergraduate degree from the University of Delaware in 1976, he went on to the University of Pennsylvania School of Veterinary Medicine where he graduated in 1980.

Upon graduation, Dr. Coogan practiced in the Washington, D.C. area for seven years. His first position was in a mixed animal practice where he worked in equine medicine, companion animal medicine, and surgery in Great Falls, Virginia. He then took on the role of head of emergency services at Friendship Hospital for Animals in Washington, D.C., a large multiple doctor practice serving Washington, D.C., Maryland, and Virginia.

In the spring of 1987, Dr. Coogan moved back to Wilmington to establish Kentmere Veterinary Hospital. This move allowed him to continue to assist his father until Dr. Coogan Sr's retirement at age 87. Dr. Coogan Sr. passed away in the fall of 2013.

Dr. Coogan and his wife, Amy, have lived in the city of Wilmington since opening Kentmere Veterinary Hospital. They are the proud parents of four children; Catherine, Anna, Joseph, and Lillian as well as one granddaughter, Francis. Their family also includes five cats and one GSP named Sumy. 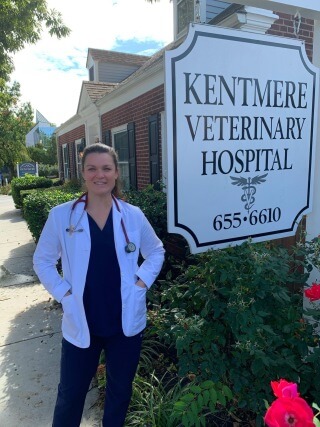 Dr. Ireland was born & raised in Delaware and received her undergraduate degree from Virginia Tech. She studied veterinary medicine at Ross University & graduated in 2013 following her clinical year of study at Auburn School of Veterinary Medicine.

Dr. Ireland started her career in private practice with professional interests in emergency care & internal medicine.  She relocated back to Delaware from the west coast in 2019  to join the Kentmere team. She currently resides in Wilmington with her Bengal cat, Monica, and her two dogs Molly & Henry. 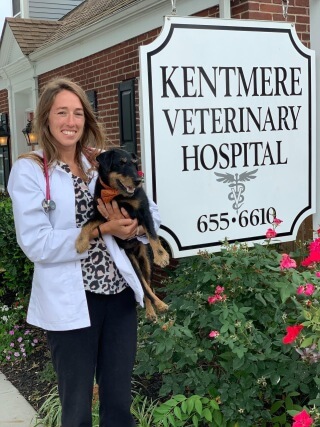 She loves spending time with her handsome boy, Douglas Hunter, a German Hunting Terrier, who is her running buddy and helps her train for Ironman races. She also has two doghters, Stella, a foxhound mix, and Daisy, a King Charles Cavalier. In addition to furry friends, Dr. Snyder and her husband have a collection of reptiles including two tortoises, Pretzel, a sulcata tortoise, and Hefeweizen, an elongated tortoise, an army of red eye tree frogs, an army of dart frogs, and a Texas rat snake named Big Texas.

Our services are available by appointment only.

We carry a variety of flea, tick & heartworm preventatives to protect your pet from pests & associated diseases:

Q. How do I make an appointment?
A. It is best to contact our office directly via telephone (302) 655 - 6610. Patient appointments to see one of our veterinarians are done through scheduled appointments only please.

Q. What do I do if I have an after hours emergency?
A. If your pet is having a medical emergency - we refer to several local 24-7 facilities:

Q. Do your veterinarians see exotic pets?
A. Kentmere Veterinary Hospital only provides care for dogs and cats.

Q. I am a new client, what should I bring to my pet’s first visit?
A. Please schedule an appointment as a new client with our office and bring any previous medical records for your pet as well as any current medications or supplements your pet may be taking.

Q. Does your office accept CareCredit?
A. No. The only forms of payments we accept at this time are Visa, MC, Discover, American Express, ApplePay, GooglePay, cash & personal checks. 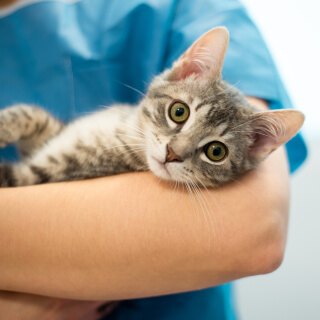 Give us a call!

For all inquiries and scheduling - please call the office! Kindly no emails.

Welcome to our office

The new client information sheet can be filled out after scheduling your appointment. 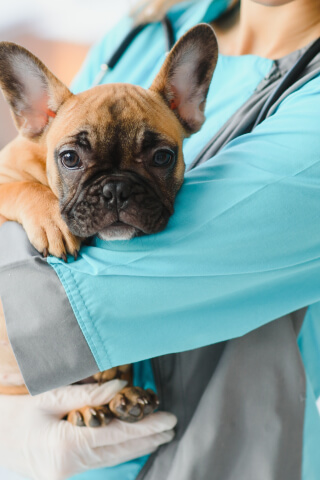